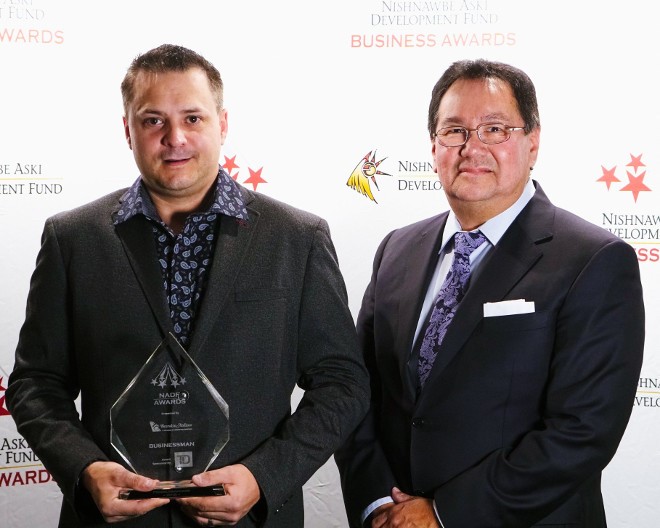 To honour Canada’s first day of National Truth and Reconciliation, the OGCA met with Pete Beaucage from Praztek Construction to better understand how we can work toward bridging the gap between indigenous workers in the construction industry.

Praztek Construction was founded by Pete Beaucage and is a certified Aboriginally-owned General Contracting company located in Northern Ontario. Beaucage’s indigenous roots stem from his mother who is of the Kutunaxa (Kootenay) indigenous peoples. The Kutanaxa people originate from southeastern British Columbia and have occupied the land for over 10 thousand years.

Beaucage has had a passion for construction since a young age. Inspired initially by his dad, he had dreams and aspirations to one day take over his father’s company. Unfortunately, things didn’t work out like that, but this did not extinguish his passion. Ultimately, this drive and passion he had for the industry is what lead him to create Praztek Construction into the company we know today.

“There are a lot of stereotypes for how people perceive indigenous workers,” Beaucage said when asked about diversity and inclusion in the industry. “Whenever I go to a reserve, there is always one person who makes the comment that we won’t be able to find any workers, and that has to change.”
Beaucage believes that we need to first work toward breaking the stereotypes that we have on indigenous peoples. He hopes that through further education, we will eventually get to a place that is more inclusive in the industry, which will allow more indigenous peoples to work and learn the trade.

“The newer generation is growing up in a more educated world, learning more about indigenous culture and history. I think this is an important step in the right direction.”

Learning about indigenous culture is vital for bridging the gap. Beaucage mentions that there are a lot of young people on the reserves that want to learn, but we have to be open-minded and respect their culture too. Life on the reserve is very different from life in the city, and it is important to understand indigenous culture and traditions so that we can include more indigenous people in the industry.

“This isn’t an overnight change, but with the right implementation into the education system, to educate about our history, culture and ancestors, I think that would make a huge difference. Every year you would see more and more improvement.”

“As General Contractors, we need to work toward creating more inclusivity in the industry. We need to give a chance to some of these kids to learn the trade and have the opportunity to be involved,” Beaucage said when asked about how we as GCs can open the industry up to indigenous peoples.

Praztek Construction is a proud aboriginally-owned company, and Beaucage believes that there is so much potential out there with indigenous peoples. “Indigenous peoples have always been hard workers. Unfortunately, I think this has been muddled with stereotypes. I have hired lots of indigenous people, and they are some of my best workers. It’s just about giving that opportunity.”

There is still a lot of work to do when it comes to bridging the gap in the industry with indigenous peoples and those of minorities. If we continue on a path of education and awareness, we will one day be able to hopefully bridge this gap and become more inclusive.

“We need to continue to recognize indigenous peoples and what they have gone through. I think this new holiday is a good start.”

On this first day of National Truth and Reconciliation, we encourage you to take a moment to listen, learn and educate yourself on indigenous peoples’ culture, stories and history. Thank you, Pete Beaucage, for sharing your story and being a leader in recognizing indigenous peoples.

Keep up to date on the latest OGCA news and events.