On June 22, the OGCA attended a full-scale fire test at the Canadian Explosives Research Lab in Ottawa hosted by the Canadian Wood Council. Over 150 experts from across Canada, including fire officials, building 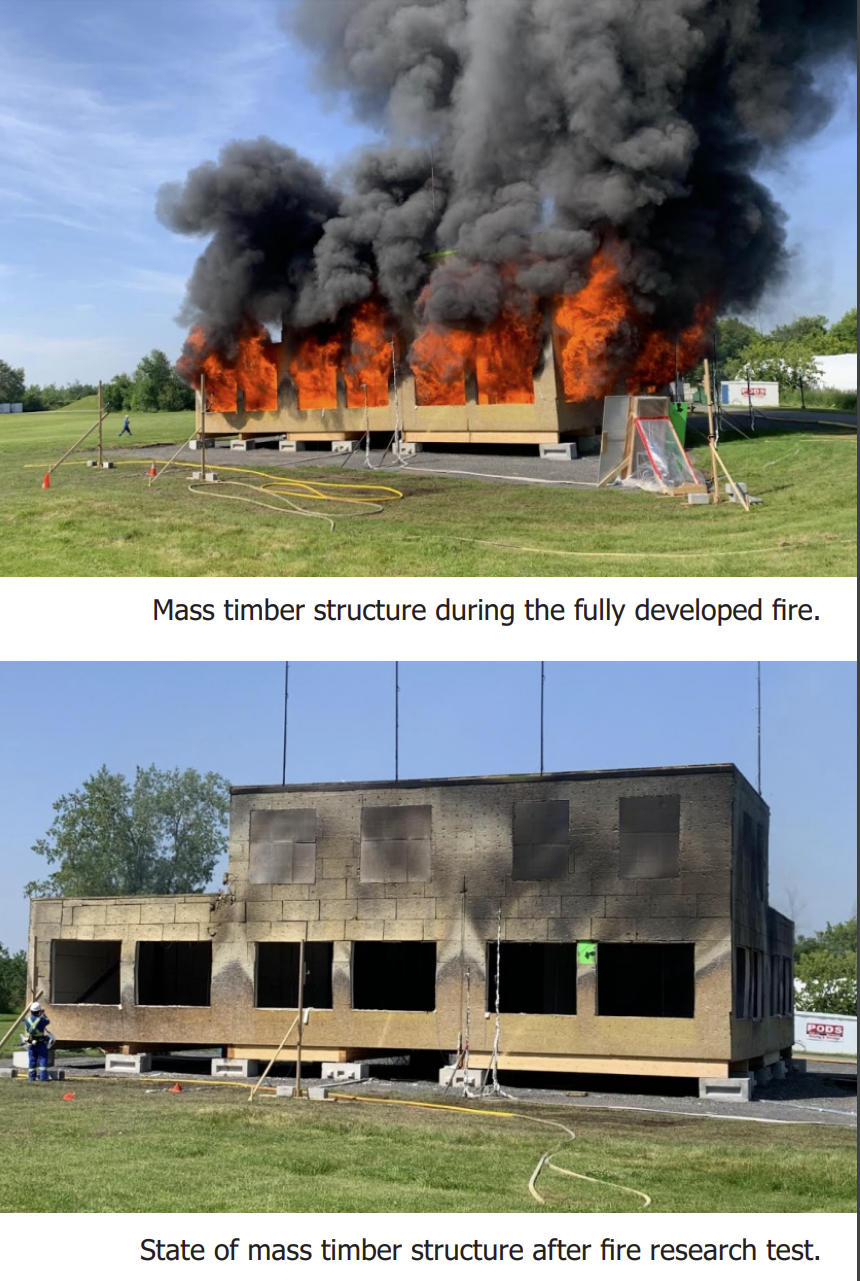 regulators, insurance industry representatives, engineers, and architects, witnessed the unique event to learn about and observe the behaviour of mass timber construction exposed to fire.

The space is much larger than previous tests, both in the area and floor-to-ceiling height, complete with a large fire load of simulated furniture and other contents. This test provides insight into the fire dynamics in a larger space, typical of those seen in modern mass timber office buildings as opposed to research testing to date, which focused on smaller fire compartments with lower ventilation.

The research fire test on mass timber performed as expected: the mass timber structure withstood the full burnout once the furnishings of the building were consumed, then the fire quickly died down and burned out. The fire largely burned out within the first hour, however, the test was continued for a full four hours to monitor for any potential re-ignition.

As a research test, the structure was instrumented with 400 thermocouples and radiation sensors providing information to document the fire development. It can be concluded that the fire performance of the mass timber structure was similar to that of non-combustible construction and confirms that mass timber can perform well under the very rare fire scenario in which the sprinkler system fails and the fire department is unable to respond.

For more information about the fire tests, and to learn more about mass timber, click here.

Keep up to date on the latest OGCA news and events.